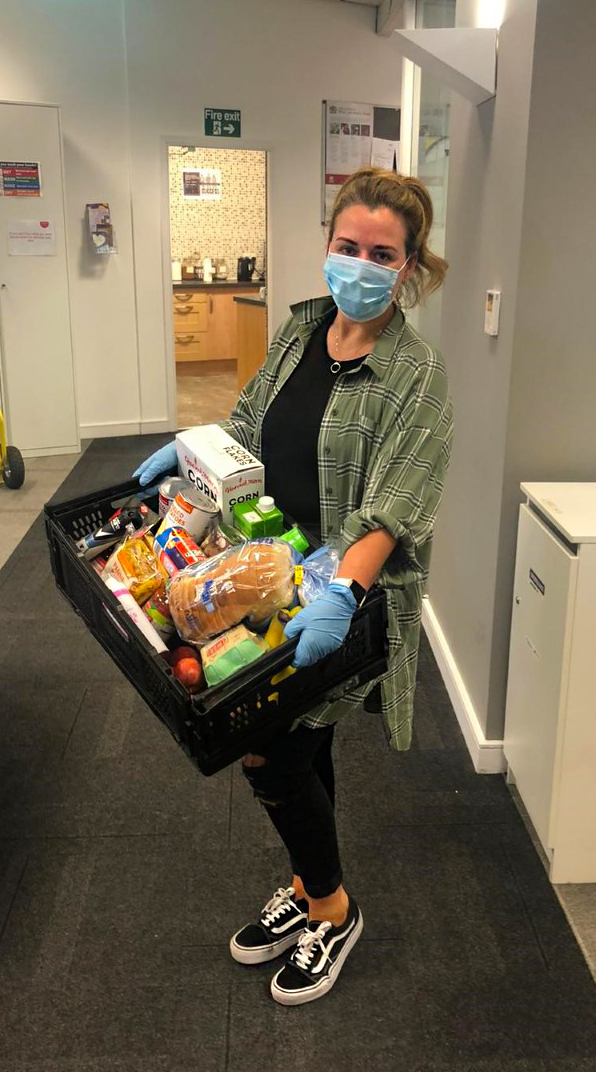 Since the national lockdown in March, the team is contacting all residents claiming Universal Credit to offer support and answer any questions they may have during this time.

One of the residents they contacted told the team that, while he did not have concerns around his finances, he is at high risk from serious complications from Covid-19 due to underlying health conditions and has been advised to stay at home for 12 weeks. He has no family or friends who can help him to get food or medication. The team arranged for food to be delivered to his home.

Credit where it is due

A resident had contracted Covid-19 and was advised to self-isolate for 12 weeks. The residents’ partner was also self isolating and they were worried about how they were going to pay their rent as they had been placed on furlough, earning 80% of their usual income. They had come to the end of their money and were unsure what they would receive the following month.

After speaking to our Financial Inclusion Team, they were supported to make a new Universal Credit claim and were informed that they were eligible to receive a month’s payment immediately, providing support straight away.

Regenda staff had contacted a vulnerable resident to check that she was ok following a diagnosis of terminal cancer. She mentioned that she had not been well, was bed ridden and had recently given someone who had knocked on her door money to do a food shop. This person never returned.  She was rationing medicine due to not having enough and had no credit on her phone and no family or friends that she could rely on.

Our team spoke to the resident and contacted the local crisis support service. They arranged for a food parcel to be delivered and set up ongoing support, putting the resident back in touch with her GP to make sure she received much-needed medication.

One less thing to worry about

A resident was struggling to pay his rent and contacted our Financial Inclusion Team for support. His partner had recently passed away and he had three young children. He was worried about losing his home.
Our team secured a Discretionary Housing Payment of almost £700, which cleared the rent arrears in full. They arranged for the housing element of his Universal Credit to be paid directly to us to help with budgeting and provided debt advice.

The team contacted a resident who was concerned about her finances and rent arrears that had built up. She had recently started working but the business had been forced to close due to losses during lockdown. She had contracted Covid-19 and was recovering at home.
She was worried about her rent arrears and about her future at the company she was at. The team supported her through a Universal Credit claim and she felt better and more reassured about the situation.