Michael O'Doherty | Our Board 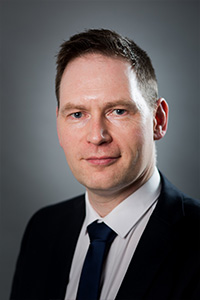 Michael has held a number of roles in housing and local government organisations for over 20 years in the South West and North West of England, including the role of Assistant Director of Housing at Manchester City Council where he was responsible for private sector housing investment and renewal.

As Assistant Director of Environment for the Association of Greater Manchester Authorities (AGMA) he was responsible for driving low carbon investment in domestic and non-domestic buildings across Greater Manchester, including the Green Deal housing retrofit programme. More recently Michael has worked in the private sector as a housing and energy consultant and as Regional Programme Manager for the Government’s ‘One Public Estate’ Programme.  He currently supports housing, regeneration and infrastructure projects as Project Director at Local Partnerships, a public sector advisory company jointly owned by HM Treasury, the Local Government Association and the Welsh Government.